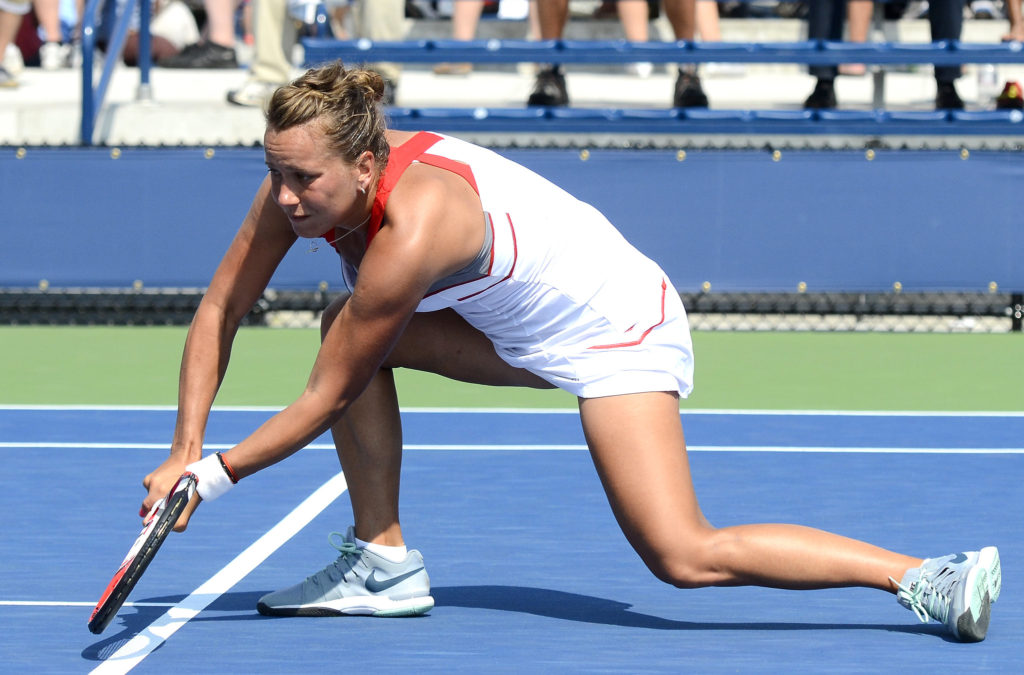 Wimbledon’s fourth round with the final 16 players left in the Ladies’ Singles took place today. Five of the top ten seeds were left in the field entering today, but only two would remain when the day was over.

The biggest upset of the day was top seeded Ashleigh Barty getting beat by unseeded Alison Riske. Barty was able to win the first set 6-3 but Riske rallied back to win the last two sets 6-2, 6-3. This will be the first time Riske has ever made it further than the fourth round of any Grand Slam tournament. Riske will play 11th seeded Serena Williams in the quarterfinals.

Barty was looking good heading into Wimbledon having won the last Grand Slam tournament this year, the French Open, and making it to the quarterfinals of the Australian Open earlier this year. Her number one ranking is not at stake since the number three ranked player in the world, Karolina Pliskova, the last player who could surpass her, lost today as well. Pliskova was defeated by Johanna Konta 4-6, 6-2, 6-4 today. If Pliskova had made it to the semifinals she would have been the new number one.

Earlier this year former number one Naomi Osaka talked about the pressure of being the number one ranked player and how freeing it was to not have the number by her name anymore. When Barty was asked if the number one ranking had changed her she had a very different and more relaxed response compared to Osaka.

No, I haven’t lived my life any differently. But there’s a little bit more attention… For me nothing has really changed. I try and go about it the same way, the right way. The way that I believe works for me and my team… If we can hold onto the number ranking it’d be great. But if we don’t it’s not really going to change anything that we do between now and our next event.”

Perhaps the match most people were tuning into involved the youngest player and lowest ranked player in the tournament, Coco Gauff. She had the hard task of facing the seventh ranked player, Simona Halep. On paper it seemed like Gauff would struggle, but if tennis was played merely on paper Gauff would not even be playing in Wimbledon.

Not only was Gauff the underdog heading into the match, but she was also be sick throughout the match with what appeared to be stomach pains. Whether it was her inexperience, her stomach pains or a combination of both Halep looked like the superior player through the majority of the match. Gauff lost in straight sets 6-3, 6-3 and only lasted one hour and 15 minutes. After the match, just like she was gracious in victory she was equally gracious in defeat and did not blame the sickness giving all the credit to Halep on a great match. Halep will play unseeded Shuai Zhang in her next match.

The final upset on the day was the 21st seeded Elise Mertens being beat by unseeded Barbora Strycova by a score of 4-6, 7-5, 6-2. With Strycova’s victory the quarterfinals will have a seeded and unseeded player in every match.

The quarterfinals begin tomorrow at 8 am ET with S. Williams playing Riske and Halep playing Zhang. Then followed up at 9:15 am ET (time subject to change) by Konta playing Strycova and Elina Svitolina playing Karolina Muchova. The matches will be broadcasted on ESPN and ESPN2.