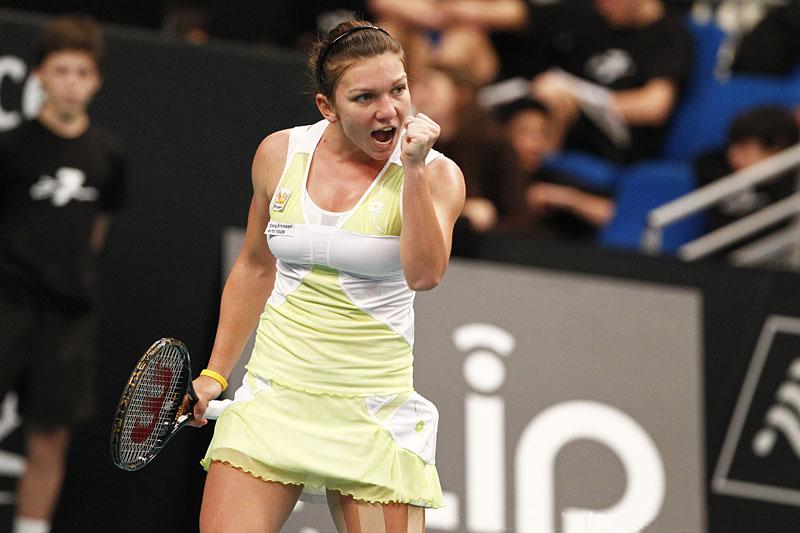 Three of the last six Grand Slam Finals have included either Serena Williams or Simona Halep and Saturday’s Wimbledon Final will feature them both. Before they take center court they each had to play a semifinal match against two players hoping to play spoiler to the higher ranked players.

Halep and Elina Svitolina played first on the day. Purely based on seeding the two are evenly matched and Halep just edges her by having the seven seed while Svitolina holds the eight seed. This was the first Grand Slam semifinal in Svitolina’s career and having only reached the quarterfinals three times, most recently at the 2019 Australian Open. Halep was also the highest seeded player Svitolina had faced at Wimbledon meaning this was the first time she was seen as the underdog.

Halep got out to an early lead in the match and quickly won the first set 6-1. Svitolina never really seemed to settle into the match only winning 1/5 break points and never earning consecutive game points. She did last a little longer in the second set but eventually lost 6-3, losing in straight sets.

Halep looked impressive the whole match even enduring long rallies with Svitolina but won the majority of them demonstrating her stamina. A player who has struggled on grass in the past, only making it to the semifinals at Wimbledon once before this year, looks composed this year. At times player can slip on the surface especially if they are not used to it compared to the clay and hard courts. Halep even injured her ankle the last time she was in the semifinals at Wimbledon due large in part to the grass surface.

When asked how she has improved her game at Wimbledon over the years, Halep admitted she has made adjustments with drop shots, using the slice more and having an effective serve. But a big part to her game she noted has been her mental approach to the grass surface. She stated,

Now when the ball is coming my way I know what to do with it. Maybe that’s why and maybe I feel confident and not scared anymore of how the ball bounces. So I think I have the feeling and also I feel stable on the legs which is very important on the grass.”

The second semifinal of the day was between Williams and Barbora Strycova. Like Svitolina, Strycova was also playing in her first Grand Slam semifinal, but Strycova has only made the quarterfinals one other time at a Grand Slam before this year’s Wimbledon, back at the 2014 Wimbledon tournament. Unseeded Strycova upset four seeded players before facing Williams, most natably beating fourth seeded, Kiki Bertens, and 19th seeded, Johanna Konta. Unfortunately her string of upsets would stop in the semifinals due to the stellar play from Williams. Strycova looked outmatched from the start and Williams was firing on all cylinders. Williams had four aces on the day, winning 89% off her first serves and winning 4/5 break points. The match took less than an hour with Williams winning 6-1, 6-2.

The upcoming final will be her second straight at Wimbledon and third in a year’s time. However, she has not won a Grand Slam title since 2017 before she took time off for her pregnancy plus time to relax and recover. Many doubted she would be able to fully get back to her peak performance and believed her recent pregnancy along with her age would derail her from winning another title. If she is able to win on Saturday her next title will be a big one.

If Williams is able to win she would have her elusive 24th Grand Slam title, which would give her the most all time, men or women. Anytime Williams makes it far in a tournament it is the topic of conversation. Reporters are constantly asking her about her thoughts on getting the 24th and she often claims to not think about it and really just focuses on tennis and her post-match interview was no different today. When asked about the pressure of 24 she replied,

I thought about it this morning and I actually didn’t think about it since. Because it’s really not about 24 or 23 or 25 it’s really just about going out there and giving my best effort no matter what. No matter what I do I will always have a great career. I just kind of let it go this morning. Yeah, I feel really calm about it.”

While Williams will be the favorite to win the match Halep is no slouch herself. She is a former number one player and the last of the two to win a Grand Slam; Halep won the 2018 French Open. They have played each other a total of 11 times with Williams winning the last six matches including two at Grand Slams.

The pressure, whether Williams feels it or not, will be on her to win her 24th title and get the critics off her back that say she is unable to return to her dominance in the past. If both players continue to play as they have this final will be a great battle with long rallies throughout the match.

The final will take place on Saturday at 9 am ET on ESPN.