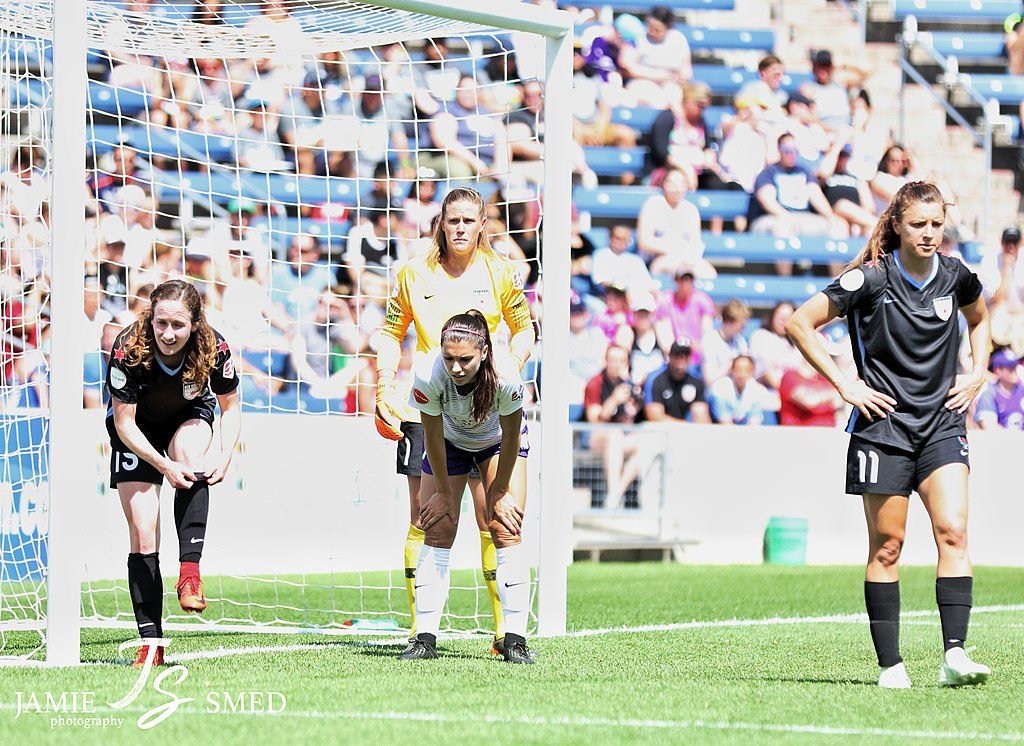 A weekly series where we break down the top performances of players in the NWSL.

The first player of the week is 23-year old goalkeeper Casey Murphy who currently plays for Reign FC. Murphy bolsters an impressive five clean sheets on the season through the eleven games she has played.

Murphy came up big in back to back games picking up two clean sheets and recording seven saves between the two matches. Murphy made five saves in a shutout win against the Houston Dash on the second of August.

Then, Murphy came up big again with two saves against the first place Portland Thorns in a 1-0 home victory for the Reign. While, it might seem as if the Dash game was more impressive any goalkeeper will tell you that it is the games where there is less action that prove to be more difficult. This is because goalkeepers in these games must stay focused and might need to only make one or two big saves to propel their team to victory.

This win help the fourth place Reign trim the deficit in the standings between them and the first place Thorns. The Reign’s next match will be against the last placed Sky Blue FC on Sunday, August 18.

The second player of the week is really going to go to the entire defense of the Chicago Red Stars. The Red Stars who saw a shaky start to their season have heated up as of late propelling them to five straight victories. The victories have been a direct result of their much-improved defensive play as they have tallied four clean sheets in their last five matches.

On the second of August the Red Stars held the Utah Royals scoreless despite the relentless attack. The Royals put in 25 crosses, won six corners and finished the game with 16 shots. The Red Stars defense stood tall. Most recently the Red Stars squeaked by the Washington Spirit by a score of 1-0. Again, the defense did its job as it was able to safely repel the Spirit’s nine shot attempts, two corners, and 18 crosses. The Red Stars fantastic defensive play as of late has earned them the second spot in the league table right behind the Portland Thorns. With a game in hand The Red Stars sit in second just one point behind the Thorns. Their next match comes against the Orlando Pride on Wednesday, August 21.

The third and final player of the week is the Utah Royals attacker Amy Rodriguez whose goal capped off a 3-1 win against the Reign on Sunday. Rodriquez struck in the 68th minute of the match to give the Royals a two-goal cushion and see out an important victory against the Reign, who sit two points ahead of them in the league table. Both teams have played 16 games each.

The win against the Reign makes it two in a row for the Royals who are trying to improve their position in the table. The goal for Rodriguez makes it her second goal in three games. On Wednesday, August 7, Rodriguez found the back of the net in the 48th minute to finish off a 3-0 victory over Sky Blue FC. The latest two goals bring her tally up to seven goals on the year.

Rodriguez has shown her versatility as well since she has scored four goals with her right foot and three with her left foot. After the latest victory the Royals will look to grab their third win in a row when they face off against the second to last-placed Orlando Pride on Saturday, August 17th.

Coverage of the NWSL can be followed on Yahoo! Sports and the ESPN networks. Check back in for next round’s Players of the Week.