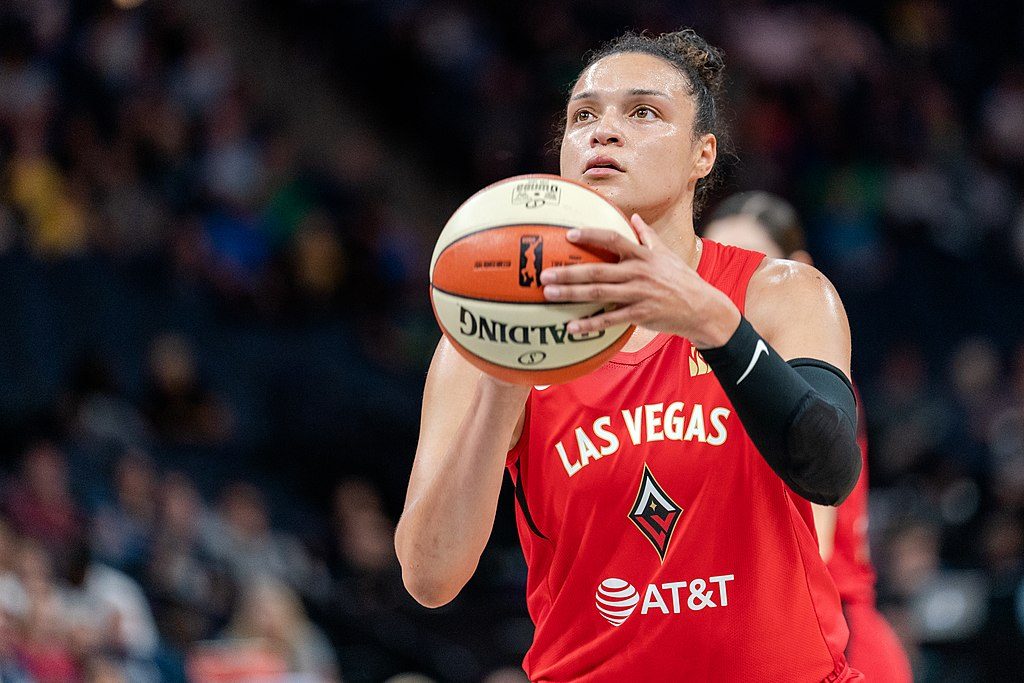 After an exciting first round on Wednesday, the WNBA playoffs are back. The second round is set to begin as the Los Angeles Sparks host the Seattle Storm. Then, the Las Vegas Aces host the Chicago Sky.

Like the first round, the second round is single elimination. If the fourth seed Aces win this game, they advance to the Semifinals to play the Washington Mystics. Or, if the fifth seed Sky wins, they will have to wait on the first game today between the Storm and the Sparks to decide their opponent since it is all based on seeding each round.

The Mystics and the Connecticut Sun earned a double-bye after becoming the top two seeds of the league.

The Sky advanced to the second round after a 29-point win over the Pheonix Mercury. Diamond DeShields led the Sky as she finished the game with 25 points. She was one of five players to score in double-figures as starters Stefanie Dolson and Astou Ndour scored 16 points each and Allie Quigley had 15. Cheyenne Parker had 11 points off the bench.

The Sky beat the Mercury as Phoenix dealt with injuries. Their guard Diana Taurasi missed the game due to a hamstring injury. She missed this game and only played six games all season. Then, the Mercury lost another critical player, as Brittney Griner left the game after knocking knees with Quigley in the second quarter. She would return to the game but she was limited in her minutes. The Mercury battled injuries while the Sky played their game. Now, they face a tough opponent in the Aces.

The Aces are a team to watch in the playoffs. They landed at the fourth seed after going 21-13 in the regular season.

In the regular season, the Aces won the season series 2-1. Their first win was a 90-82 win in July and the other in August.

In their wins, Aces star A’Ja Wilson played in both games. When the Aces lost, Wilson was battling an injury. So, Wilson who is averaging 16.5 points per game, will be a factor in whether the Aces advance or not.

For the Aces, their key players in Liz Cambage who leads the team with 8.2 rebounds per game, Kayla McBride and Wilson have a total of three playoff games combined. They are the team of youth and talent that are inexperienced, but that nativity can play in their favor.

The Sky are riding high off their win in the first round. DeShields played well, and they won by 27-points. Their offense ran smoothly in that game, and if they do the same in this game, there have a good chance at winning.

The Aces and Sky game should be a good one. The Aces barely nudged out the Sky for the higher seed and home court advantage. The Sky could have some revenge tonight and have this game show who is truly the better team. This will be a tight close game, possibly the best playoff game so far in 2019.

You can watch this game today at 5 pm ET on ESPN 2 after the Storm vs Sparks game.