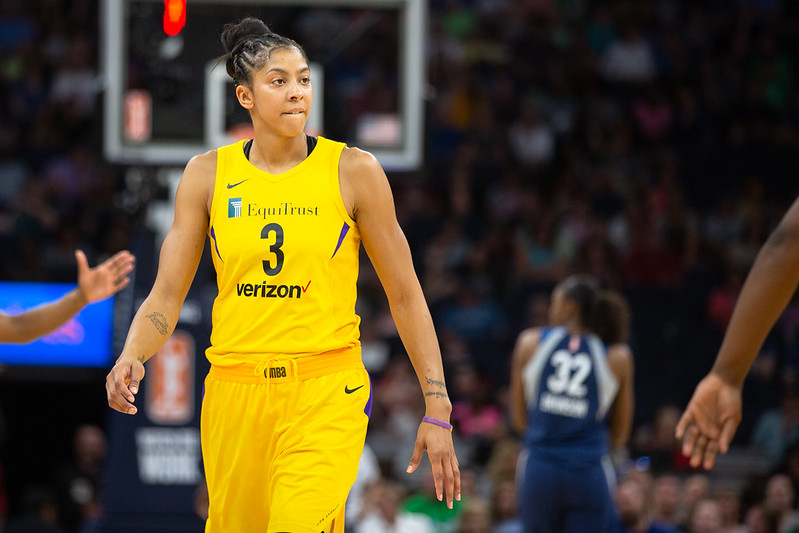 The WNBA is hosting 264 regular season games over the course of just seven weeks. In order to help fans keep up with all of the action we will have a weekly series breaking down all of the games for each week every Monday. Only one Monday over the season has games scheduled so even on their off day you can consume the WNBA.

Talking about the opening weekend of the WNBA has to start with how the players themselves started it, social justice. Layshia Clarendon of the New York Liberty and Breanna Stewart of the Seattle Storm spoke about the player’s initiative for Breonna Taylor, the Black Lives Matter Movement, and the Say Her Name campaign.

The return of Stewart and Sue Bird did not disappoint Storm fans. The pair combined for 29 points which helped keep the Storm out in front for much of the game.

As expected the Liberty had to rely heavily on their rookies for most of the game especially when Kia Nurse went down with an injury early in the game (the injury was later diagnosed an ankle sprain). Clarendon, the only Liberty player with more than five years of experience led all scorers with 20 points. Sabrina Ionescu’s debut was not overwhelming but she did manage 12 points, six rebounds and four assists.

The matchup of the big threes with Candace Parker, Nneka Ogwumike and Chelsea Gray of Los Angeles facing Diana Taurasi, Brittney Griner and Skylar Diggins-Smith of Phoenix. The five years the LA trio has spent together proved to edge out the new trio of the Mercury. Parker, Ogwumike and Gray combined for 47 points and five turnovers while Taurasi, Griner and Diggins-Smith had 38 points and 12 turnovers.

This game may have been the biggest unknown since both teams are missing multiple key players. The Fever are hoping theirs will join them soon, but the Mystics will be without the MVP Elena Delle Donne and usual starter Natasha Cloud all season. However their 101 point performance may have proven they can hold their own in 2020. The Mystics had five players in double digits for scoring, led by Myisha Hines-Allen’s double-double (27 points, 10 rebounds).

The first game of day two proved to be the tale of two halves. Connecticut went into halftime with a 37-28 over the Lynx. Connecticut still had the lead going into the fourth quarter but the Lynx outscored them 22-20 in the third. The Lynx posted their best quarter of the game throwing up 27 points and the Sun barely scraped double digit points in the fourth and saw their lead vanish.

Perhaps the game everyone had circled for opening week was the game between the Aces and Sky. Less than a year ago the Sky’s season ended from a half-court dagger in the second round of the playoffs. Ali Quigley redeemed the Sky in the opening game with a separation step at the left corner of the three-point line to give her team the lead.

The final game of the weekend provided plenty of offense putting both teams close to the century mark. The scores in every quarter were within 1-5 points of each other. Monique Billings of the Dream just could not be contained leading all WNBA players for the weekend with 30 points.

Perfection in sports is often unheard of but that was what Ogwmike achieved shooting 8-8 from the field. She added 3-3 from the free throw line giving her a total of 21 points. Not to mention Ogwmike had seven rebounds and accomplished all of this in just 24 minutes.

There has been a lot of talk about the rookie class and what they will bring to the league. Unsurprisingly Carter showed up big on day one, leading all first year players with 18 points, five rebounds and eight assists. Carter is suppose to be one of the best rookies of the year and her team the Dream hope she can keep up these stats in all 22 games.

Team of the Week

The second biggest margin of victory for the weekend belonged to the Sparks. The game was tied after the first quarter and then the Sparks took over with their best quarter coming in the third outscoring the Mercury 30-8. The season has just 22 games per team but it’s over a short span so longevity of the players is a question. The Sparks were able to rest their starters and give some minutes to their bench.